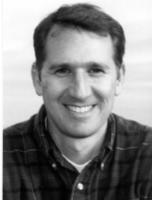 It’s time to catch up on some article annotations. This a brief annotation of Epistemic Games by David Williamson Shaffer.

Shaffer builds upon Gee’s article by delving more deeply into the ideas of “authenticity” and “professionalism.” I am most interested in his focus on communities of practice as I go forward with my research into social constructivism and principles of societal development.

Shaffer discusses the “reproductive practices” of a community, the ways in which newcomers develop the community’s “ways of doing, being, caring, and knowing.” The suggestion, of course, is that games or simulations might facilitate the reproducion of a community’s values. This is the controversial power of games that Gee mentioned in his 2003, What Video Games Have to Teach Us About Learning and Literacy, the controversy I’d very much like to be at the heart of.

Shaffer also discusses pedagogical praxis, and cites Dewey, who serves as the first theorist in my upcoming KAM. (He also later cites Vygotsky’s thoughts on play, and I will be including Vygotsky in the KAM as well.) According to Shaffer, “Dewey argued that knowing and doing are tightly coupled.” Once again, the suggestion is that games or simulations might facilitate this coupling by allowing a greater degree of doing than the traditional classroom might. This is a suggestion also made by Clark Aldrich in his latest work, Learning by Doing.

Perhaps most importantly, particularly for a researcher such as myself who is interested in the power of role playing games, Shaffer suggests that such games can be valuable “not in order to train for [specfic] pursuits in the traditional sense of vocational education, but rather because developing those epistemic frames provides studetns with an opportunity to see the world in a variety of ways that are fundamentally grounded in meaningful activity.”

Unfortunately, here Shaffer also fall prey to the Planet Jar-Gon effect, which Prensky pointed out in Gee’s work. The discussion of epistemic frames and epistemic games may be valuable to researchers, but may not be accessible to educators looking to implement these theories in their classrooms. Thankfully, in this article Shaffer offers a very concrete example of an epistemic game in Madison 2200, a project – along with several others – aimed at an audience of middle and high school students, the subjects of my own research.

PS. As you may have noted in the previous post, Shaffer, too will be a focus of my next KAM.